Tarangire National Park is the sixth largest national park in Tanzania, it is located in Manyara Region. The name of the park originates from the Tarangire River that crosses the park. The Tarangire River is the primary source of fresh water for wild animals in the Tarangire Ecosystem during the annual dry season. The Tarangire Ecosystem is defined by the long-distance migration of wildebeest and zebras. During the dry season thousands of animals concentrate in Tarangire National Park from the surrounding wet-season dispersal and calving areas.
It covers an area of approximately 2,850 square kilometers (1,100 square miles.) The landscape is composed of granitic ridges, river valley, and swamps. Vegetation is a mix of Acacia woodland, Commiphora-Combretum woodland, seasonally flooded grassland, and Baobab trees. 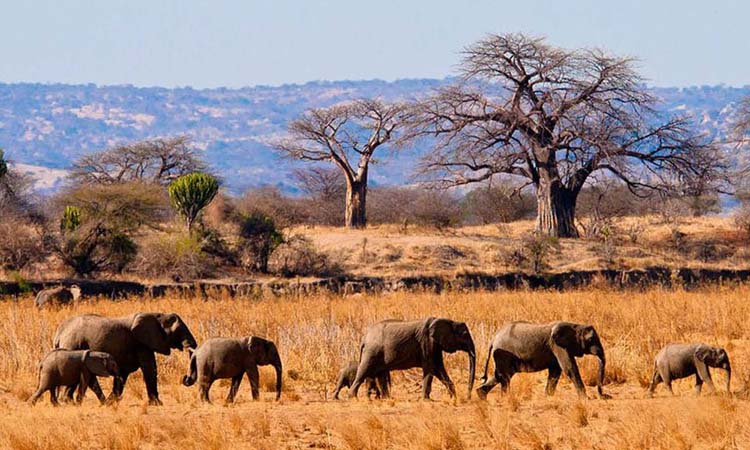 This is the Tarangire National Park in Tanzania

Tarangire National Park portal is a non-commercial with all information from attractions to safari accommodation, when to go, how to get there and the travel blog.
The Tarangire National Park is located between the meadows of Masai Steppe to the south east and the lakes of the Great Rift Valley to the north and west. Among the rolling area where the park lies, it occupies an area of 2,600 square kilometers. The perennial Tarangire River takes over the northern part of Tarangire. Through the cut ditches, the River flows upwards up to when it leaves the corner of the park, in the North West flowing into Lake Burungi. There are a number of wide swamps which dry into green plains during the dry season in the south.