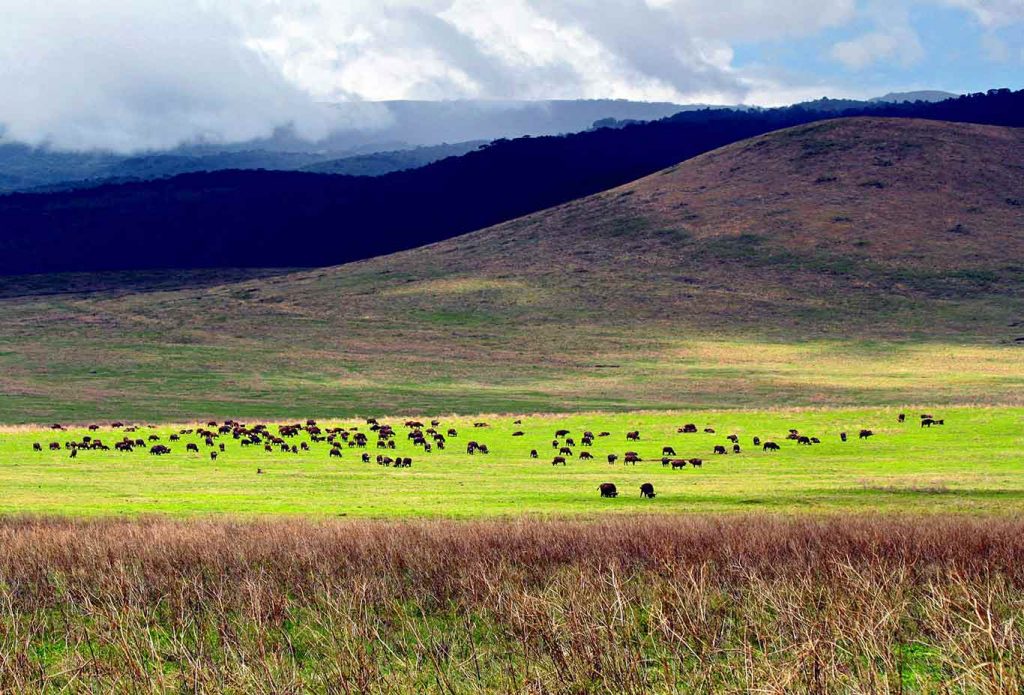 The Ngorongoro Conservation Area (NCA), measuring 8,300 square kilometres, is also the only place on earth where mankind and wild animals co-exist in harmony. The NCA became a Man and Biosphere Reserve in 1971 and was declared a World Heritage Site by UNESCO in 1979.

Originally part of the Serengeti National Park when the latter was established by the British in 1951, in 1959 the Ngorongoro Conservation Area Authority (NCAA) was formed, separating NCA from Serengeti. Land within the area is multi-use, providing protection status for wildlife while also permitting human habitation. Its uniqueness lays in the fact that the NCA is where man, livestock and wild animals live in peace: Maasai cattle can sometimes be seen grazing alongside zebras on Ngorongoro’s grassland.

Apart from conserving world heritage, Ngorongoro plays a major role in national development. “We pay 30 per cent corporate tax, 3 per cent tourism tax, and remit 10 per cent of our earnings to the treasury”, explains Bernard Murunya, the NCAA’s Chief Conservator. “We also give over US$125,000 to the local District Council as well as supporting the area’s Pastoralist Council, in addition to funding various community projects such as schools, hospitals, veterinary services and road construction,” he adds.