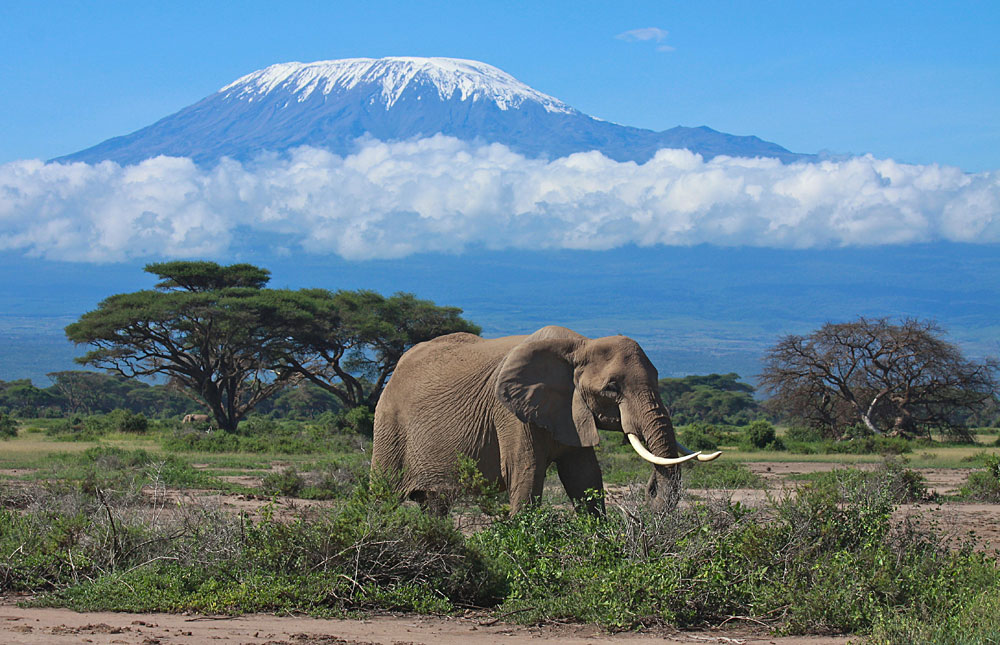 Crowned by Mount Kilimanjaro, Africa’s highest peak, the Amboseli National Parks is one of Kenya’s most popular parks. The name “Amboseli” comes from a Maasai word meaning “salty dust”, and it is one of the best places in Africa to view large herds of elephants up close. Nature lovers can explore five different habitats here ranging from the dried-up bed of Lake Amboseli, wetlands with sulphur springs, the savannah and woodlands. They can also visit the local Maasai community who live around the park and experience their authentic culture.
Amboseli National Park, formerly Maasai Amboseli Game Reserve, is in Kajiado County, Kenya. The park is 39,206 hectares (392 km2; 151 sq mi) in size at the core of an 8,000 square kilometres (3,100 sq mi) ecosystem that spreads across the Kenya-Tanzania border. The local people are mainly Maasai, but people from other parts of the country have settled there attracted by the successful tourist-driven economy and intensive agriculture along the system of swamps that makes this low-rainfall area (average 350 mm (14 in)) one of the best wildlife-viewing experiences in the world with 400 species of birds including water birds, pelicans, kingfishers, crakes, hammerkops and 47 types of raptor.
The park protects two of the five main swamps, and includes a dried-up Pleistocene lake and semi-arid vegetation.
240 kilometers (150 miles) southeast from the capital city Nairobi, Amboseli National Park is the second most popular national park in Kenya after Maasai Mara National Reserve.