Mahale Mountains National Park lies on the shores of Lake Tanganyika in Kigoma Region, Tanzania. Named after the Mahale Mountains range that is within its borders, the park has several unusual characteristics. First, it is one of only two protected areas for chimpanzees in the country. (The other is nearby Gombe Stream National Park made famous by the researcher Jane Goodall.) The chimpanzee population in Mahale Mountains National Park is the largest known and due to its size and remoteness, the chimpanzees flourish. It also the only place where chimpanzees and lions co-exist. Another unusual feature of the park is that it is one of the very few in Africa that must be experienced by foot. There are no roads or other infrastructure within the park boundaries, and the only way in and out of the park is via boat on the lake.
The park like its northerly neighbor Gombe is home to some of the Africa’s last remaining wild chimpanzees, a population of roughly 900, they are habituated to human visitors by a Japanese research project founded in the 1960s. 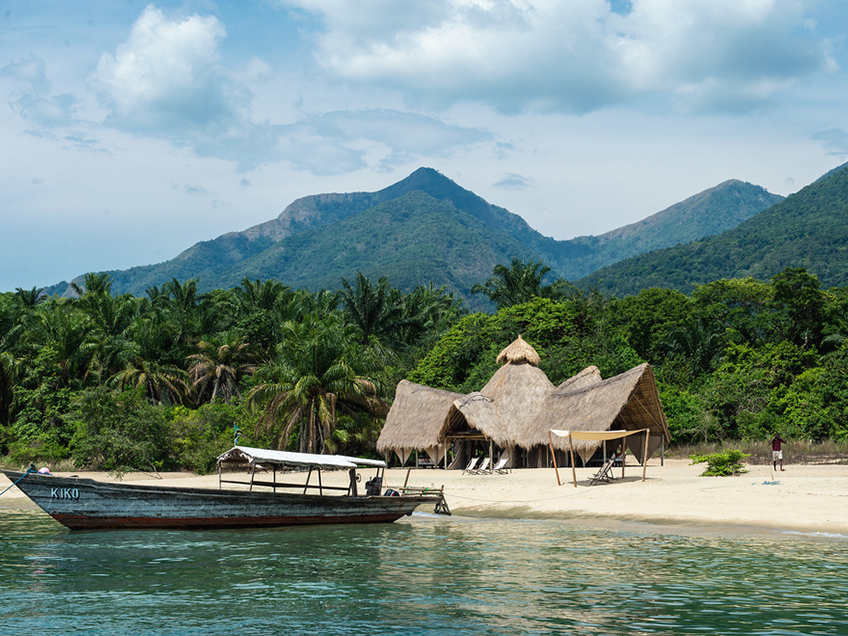 This is Mahale National Park – Tanzania

Tracking the chimps of Mahale is a magical experience.
Mahale is located in the Western Tanzania to the South of Kigoma town, it is bordering Lake Tanganyika-the World’s longest, second deepest and least polluted freshwater lake-harbouring an estimated 1000 fish species.
Best time to visit the park
The dry season (May -October) is the best period. During this period, chimpanzees are likely to be seen in big groups, the sunshine illuminates the fish in the Lake and the beach is an inviting place to relax. However, Mahale Mountains National Park is accessible all year round. A visit in the rainy season can also be a memorable experience, made remarkable by views of the neighbouring country DR Congo across the water and by incredible lightning storms that light up the lake at night.